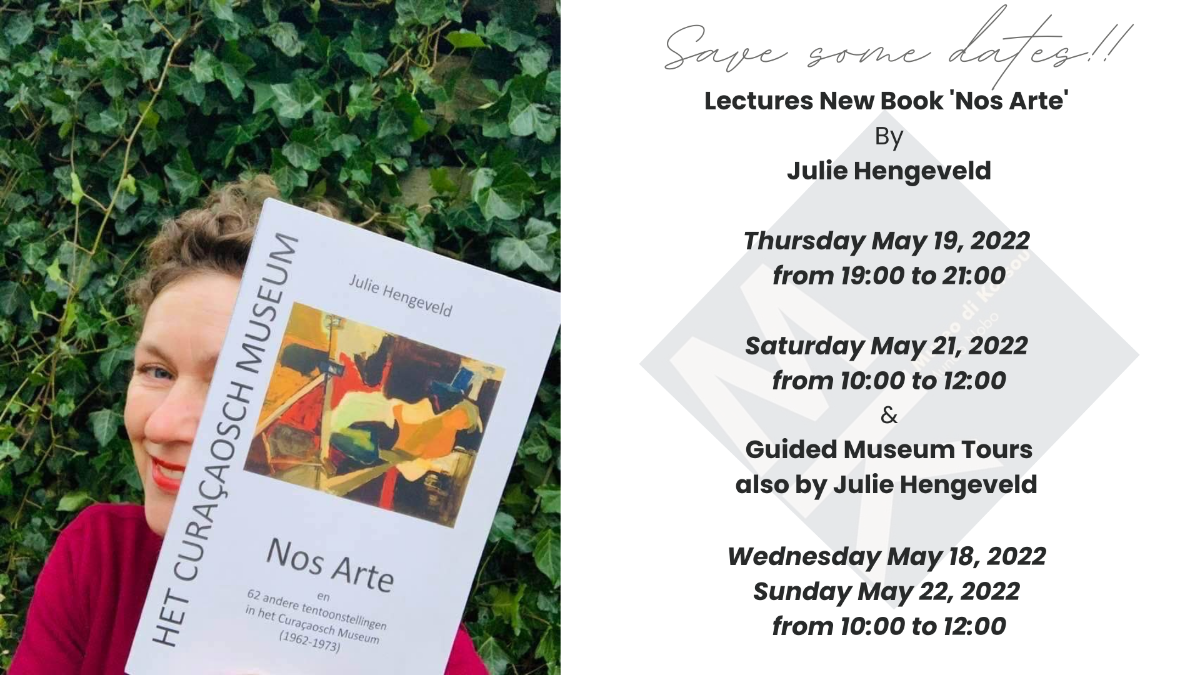 We at The Curaçao Museum wanted to give you a little bit of a heads up in order for you to save some dates because we have, Art Historian, Julie Hengeveld, especially flown over from the Netherlands during the ‘International Museum Days’ to present her new book titled ‘Nos Arte’ which describes the various exhibitions that were shown in The Curaçao Museum between 1962 and 1973.
The zeitgeist, which we now see as the typical ’the sixties’, is visible in the exhibitions.

In the book ‘Nos Arte’ and in the lectures, Julie Hengeveld pays attention to more ‘own art’, free expression, children’s art, competition and criticism, with the celebration of the 50th anniversary of The Curaçao Museum in 1973 as the spectacular final piece.

We have organized two lectures for ‘Nos Arte’:

We will also have the new book ‘Nos Arte’ for sale for ANG 55.00 during these days.
Let us know if you wish to reserve a copy upfront of the book and also a seat for one of the lectures or the guided tours on: info@hetcuracaosch.museum