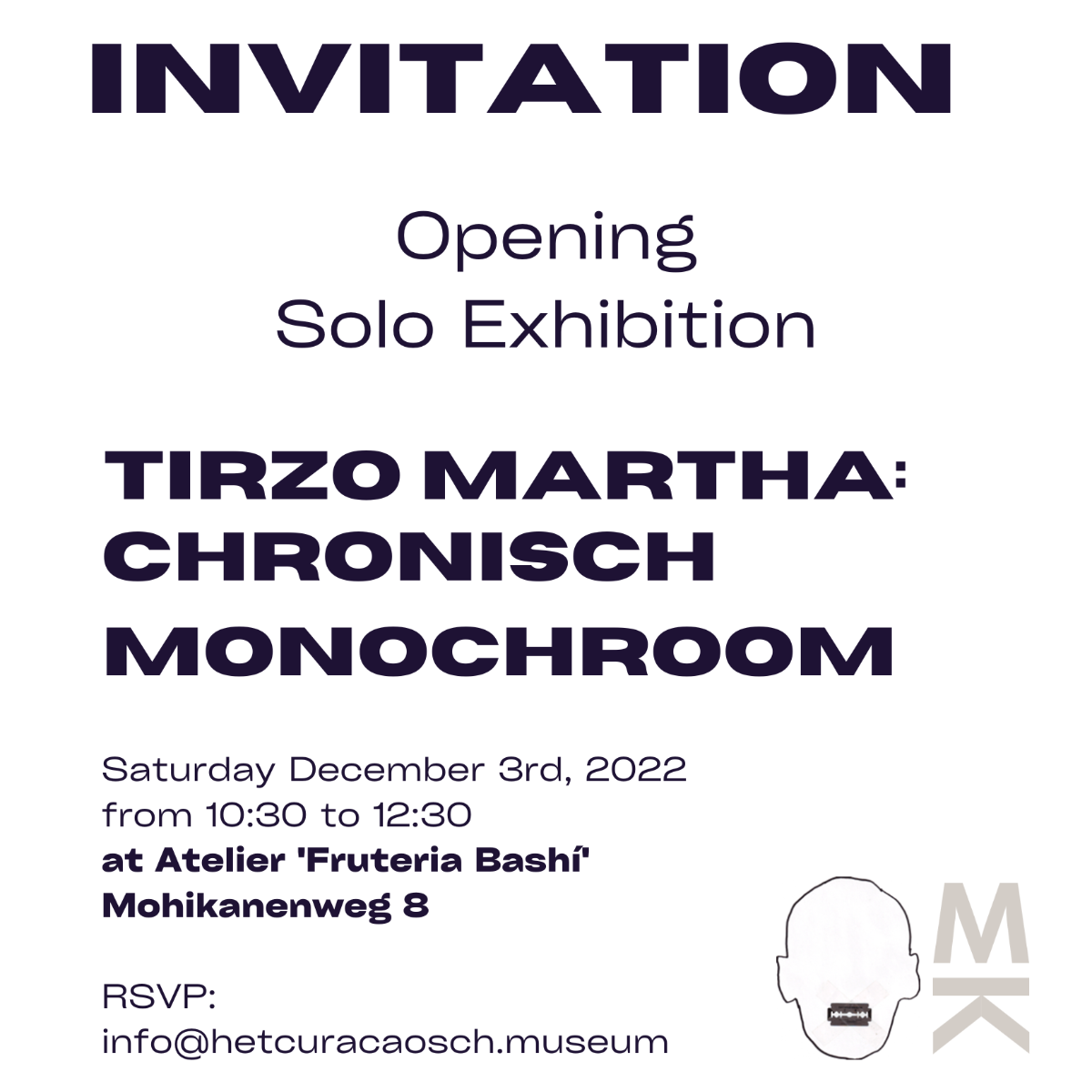 We do not have enough space to tell you about Tirzo Martha’s career which is very extensive varied and interesting. In addition to installations, Tirzo creates
sculptures and videos, and regularly performs as a performance artist. Tirzo Martha’s urge and necessity to create art has its origin not in his ability to be creative but in his humanitarian and social engagement. Although his presentations can vary greatly in appearance, his social involvement and the way in which he knows how to involve his audience directly or indirectly in the creative process of creating art is the common thread in his works. His work goes deeper under the surface of what we see in the everyday life. He’s in search of deeper values, and a nobler sense of reality. This is the reason why Tirzo chose to have his Atelier ‘Fruteria Bashí’ at the Mohinkanenweg number 8, the same location as the IBB – Instituto Buena Bista. Because of the social aspect and engagement of the people (the clients) who live there and often engage in Tirzo’s Atelier ‘Fruteria Bashí’ nd more often than not help him in the process of creating. Sometimes they even spent entire days at his atelier ‘Fruteria Bashí’. ‘Pasa Dia’ like we famously say in Curaçao. 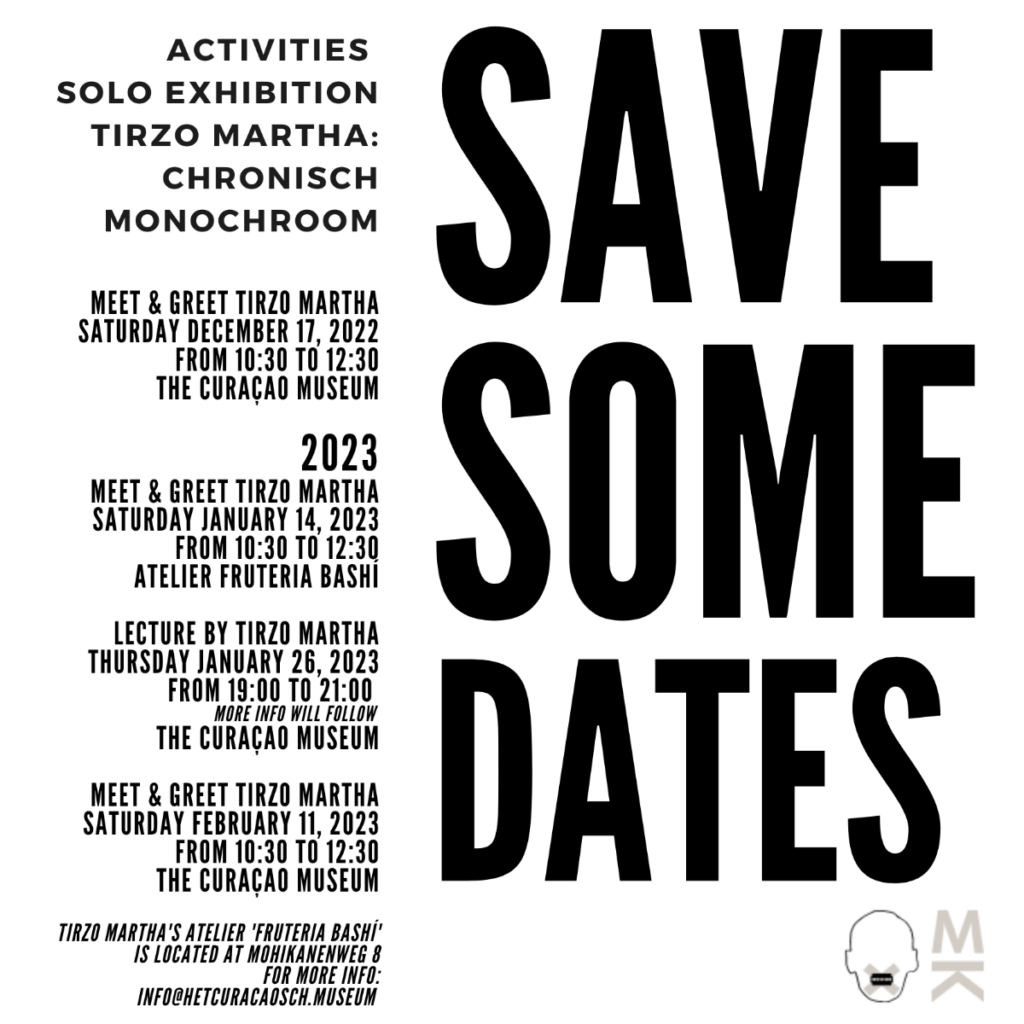 In 2018 Tirzo Martha ended up for three months in the hospital in both Curaçao and in Colombia, as a result of a heart infection. The series ‘Chronisch Monochroom’ made between 2021 and 2022 was inspired by this experience.
The series ‘Chronisch Monochroom’ comprises 28 monumental sculptures made of concrete stone, iron, wood, car tires, fluorescent lamps, and a variety of objects made of different materials like textiles, fake hair, toilets, concrete statues, and galvanized mesh.What is most noticeable in this series is that all the sculptures are pristine white with the exception of the objects that form part of the sculptures in their natural colors. This has to do with the fact that during the time that Tirzo was laying in the hospital, he was (heavily) surrounded by the color white. Everything around him was white, the machines, the walls, the curtains, the nurse’s uniforms, and so forth.

The abundance of white was so intense that when Tirzo was discharged from the hospital and outside, he experienced it as if he was being attacked by the palette of colors in the outside world.
What is also unique to this series is that most of the works, with the exception of one, are untitled. This is something new for Tirzo as titles have always played an important role in the works. Often times cryptic, surprising, and at first glance inconsistent.

In the case of this series, the fact that most of the works are untitled is an inherent part of the works and refers to the daily struggles and irritations that we nowadays have to deal with, the shallowness in which we deal with them, just to forget all about them in the matter of a couple of seconds.

This series deals with the current issues in our society that are stifling the development and growth of the people and how the structural negative impact of these issues function in our lives. The pandemic, the war in Ukraine, unemployment, the decline in education, corruption, and racism are the themes that are being addressed behind these monumental works!

It’s about making ‘situations’ in our daily lives ‘important’ by building monuments in honor of them and abandoning them after a short while, forgetting all about how important these monuments were at a certain point, leaving the monuments abandoned behind. 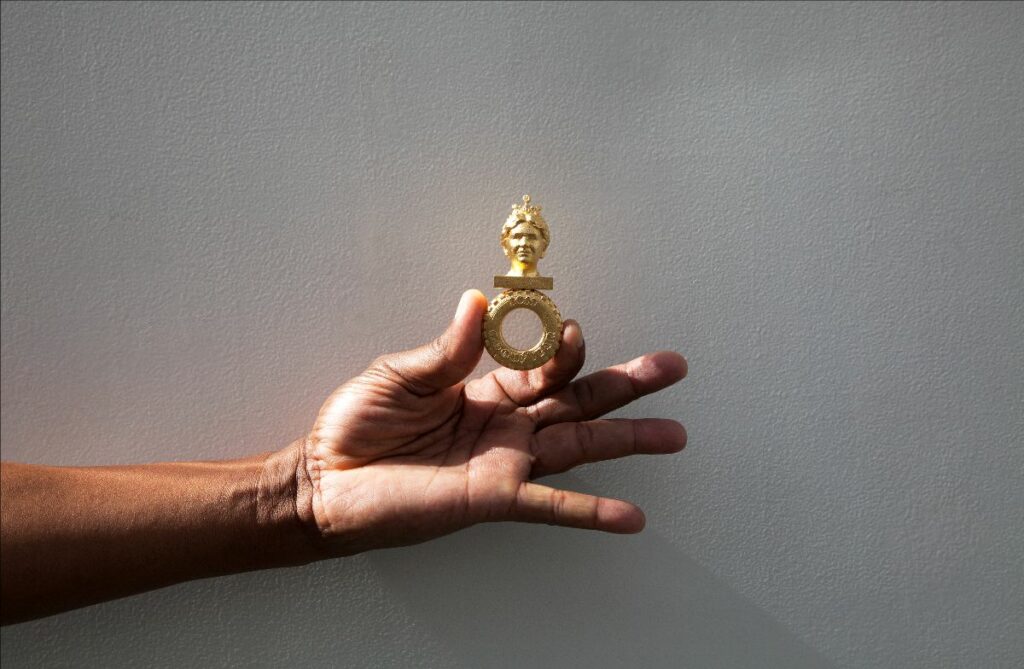